Several US service members were injured during last week’s Iranian missile attack on Al-Asad airbase in Iraq despite the Pentagon initially saying that no casualties had taken place.

“While no U.S. service members were killed in the Jan. 8 Iranian attack on Al Asad Air base, several were treated for concussion symptoms from the blast and are still being assessed,” the US-led military coalition fighting ISIS in Iraq and Syria said in a statement Thursday.

A US military official told CNN that 11 service members had been injured in the attack, which was launched in retaliation for the US airstrikes that had killed Iranian Gen. Qasem Soleimani the previous week.

Defense One was first to report on the injured service members.

Following the attack the Pentagon said that no casualties had resulted from the 16 missiles fired by Iran.

The US military defines a casualty as either an injury or fatality involving personnel.

Asked about the apparent discrepancy, a Defense official told CNN:-

“That was the commander’s assessment at the time. Symptoms emerged days after the fact, and they were treated out of an abundance of caution.” 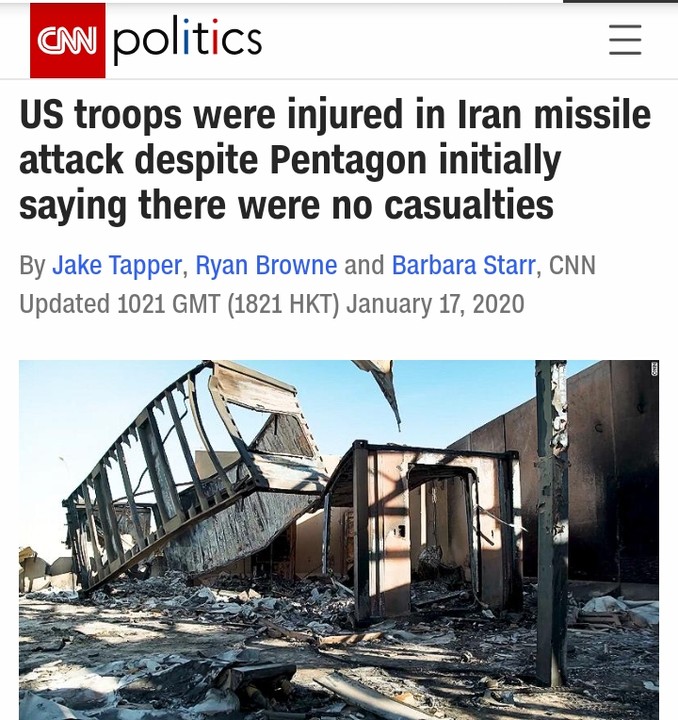