Everybody knows that death is inevitable, however, that does not stop it from being any less shocking when a life is lost, especially when the person happens to be someone who has made a great mark in his field and also impacted so many lives.

A dark cloud was thrown over the hearts of many people after it was learnt that legendary basketball player, Kobe Bryant, has passed on at the age of 41.

The circumstances surrounding his death was also a very tragic one seeing as he died in a helicopter crash alongside his 13-year-old daughter, the pilot and six other passengers on the chopper.

A number of people have been moved to remember the legend’s life on social media after his with many of them penning down touching words on how much he impacted their lives.

Nigerian celebrities are also not left out as they were filled with dismay over the tragic death. Grammy nominated singer, Burna Boy, is also one of the celebs who celebrated Kobe Bryant.

In a touching note shared on his Instagram page, Burna Boy explained how much of an impact Kobe had on his life. He said that if he had not done music, he would have been a basket baller, all because of Kobe.

See His Caption Below:- 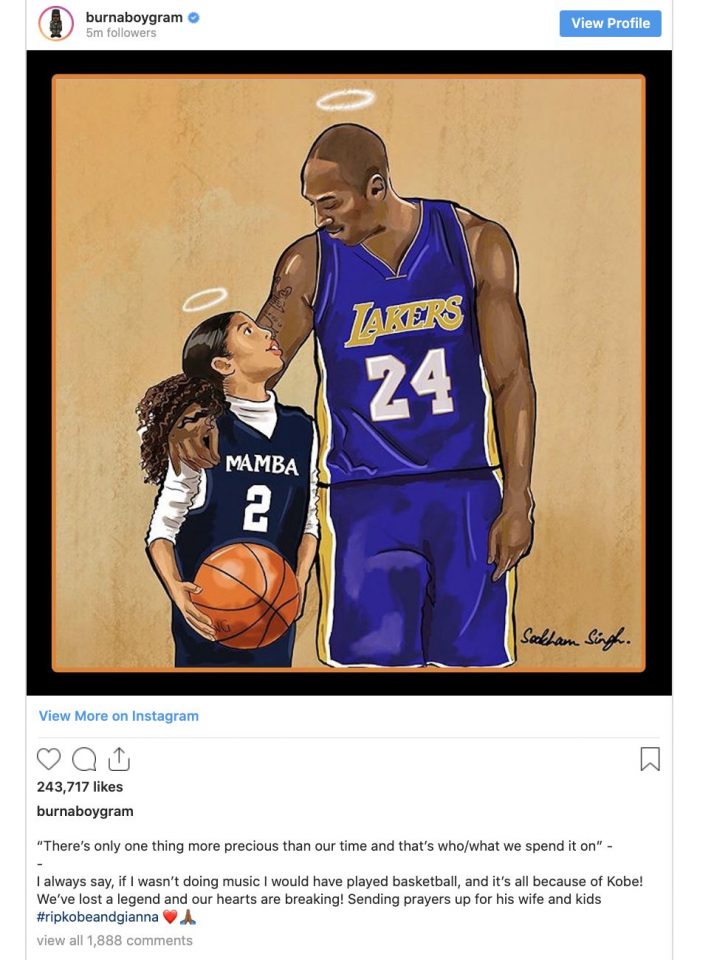