Former Big Brother Naija housemate, Uriel Oputa took out time to caution a fan who referred to as mummy.

The reality star and chef after appreciating the fan’s kind gesture, went further to inform the fan who called her mummy that her womb remains untouched (a reference to the fact she has never given birth before).

Explaining further why she is not the fan’s mummy, the reality star expressed that she looks the same age with the fan. 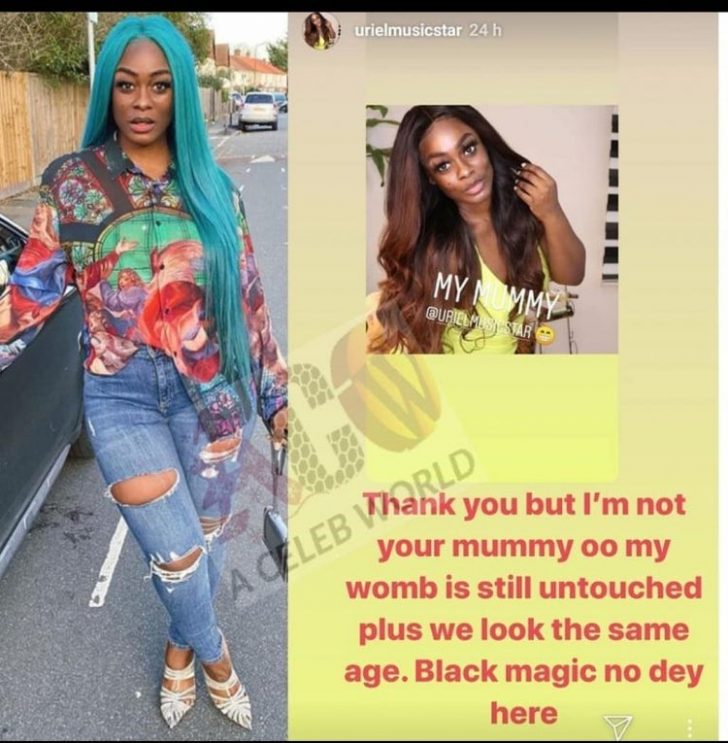