The Ondo State Governor, Oluwarotimi Akeredolu on Sunday commiserated with President Muhammadu Buhari on the passing of his Chief of Staff, Abba Kyari.

In a condolence message, Governor Akeredolu described the late Abba Kyari, as a man of many potentials who will be sorely missed by many.

The late Chief of Staff allegedly died on Saturday night following complications from the deadly COVID-19 which he contracted two weeks ago after arriving from Germany.

Governor Akeredolu, in a statement, expressed shock even as he prayed to God for the repose of the soul of the departed Public Servant. 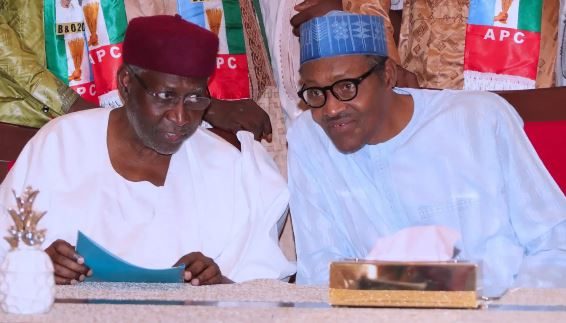 “The frailty of life carries with it the deeper deception of an innocuous state, creating paths peculiar to individuals in life. Along such paths are attractions out of which we make our choices.

“For Mallam Abba Kyari, a quintessential Public Servant whose trajectory of life moulded him for inexorable service to his fatherland, his choice of life was that of a pool of unhyped potentials.

“For him, he had played his own part of the endless life orchestra; he has now departed, in fulfilment of mankind’s inescapable debt, like other mortals.

“Truly, Abba Kyari’s urbane character may not have been seen by all; but to those who had reasons to know and work closely with him, he represented dynamism, strong character and compassion.

“He was a dependable and dispassionate liaison, full of life with an energetic work engine that never stopped pulsating. Kyari died working for Nigeria, no doubt. He will be sorely missed by many.

“I commiserate with the Nation, our Leader, President Muhammadu Buhari, the immediate family as well as friends and associates of the departed compatriot over this shocking development. May God grant us all the strength to bear this loss”.