A Nigerian lady identified as Ijeoma Chinonyerem has taken to Facebook to recount the bizarre incident that happened when she was in university.

According to her, she had a friend who wanted her rich working-class boyfriend to propose marriage to her as she suspected that he was cheating on her with another working-class lady.

In order to get him to do her bidding, she visited a prayer house in Abakaliki and the prophetess instructed her to bring honey, olive oil, doll baby, and cane/koboko for prayers. 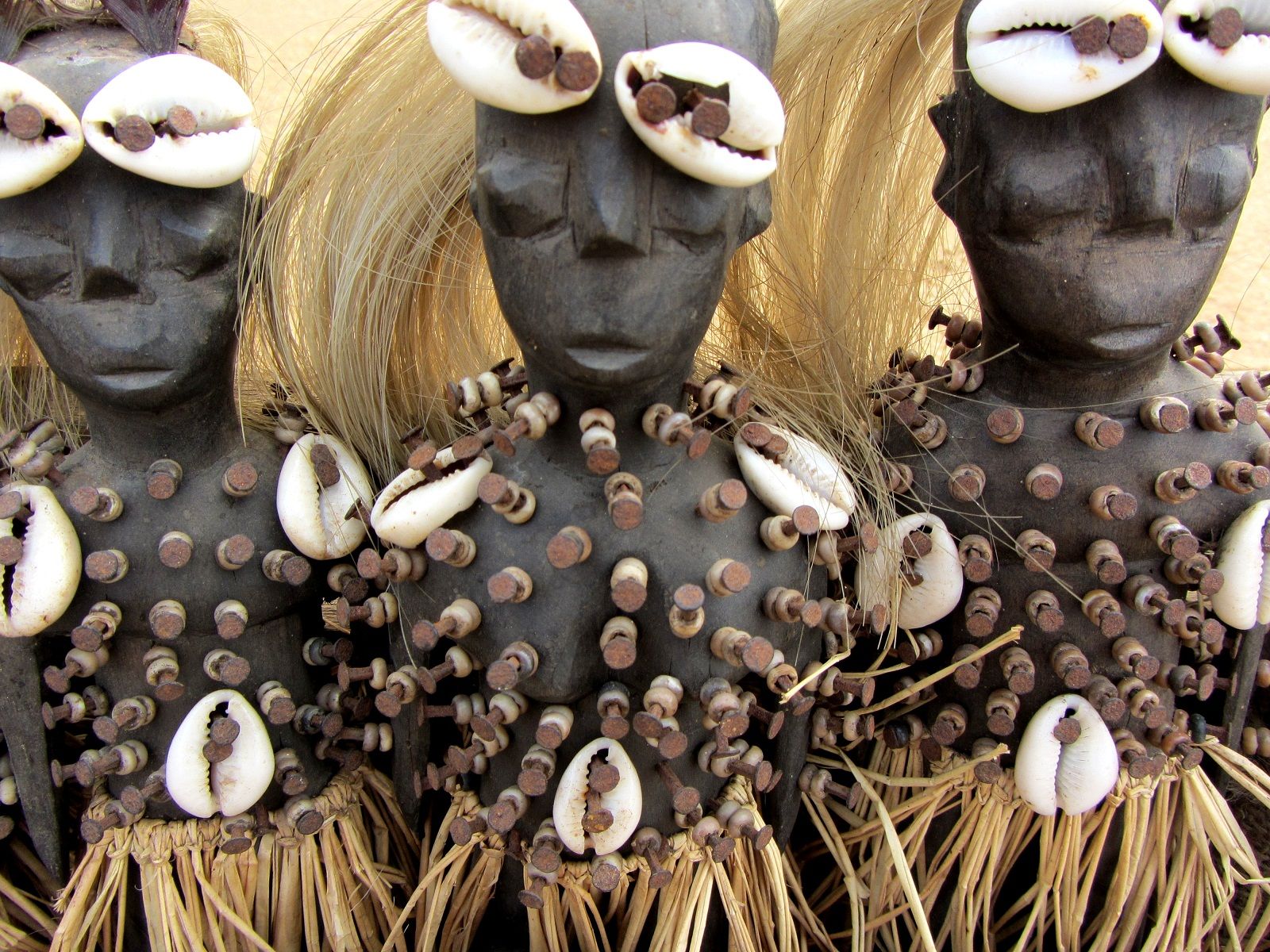 The desperate friend was given specific instructions on how to use the items, which she did religiously. Unfortunately, the effect weakened the man and eventually lead to his death.

Ijeoma, however, stated that she is not sure if the diabolic exercise was related to the man’s death but admonished people to stop visiting different places, in the name of prayers.

Read the full story below,

When we were in second year in the uni, I had this friend who frequented different prayer houses. I normally went to their lodge to sleep over. I saw nothing wrong with her hopping from one prayer house to the other cos I felt na God she dey find. I even followed her to a few. Like 3 or so.

In retrospect, I now think everything is wrong with a young girl of 20/21 jumping from one prayer house to another.
Anyway, that’s not the gist.

The gist is that she was dating a well-to-do guy then living in Abuja. The guy was from Ezza, just like her. He was rich, lived in a fabulous duplex in Abuja and was building a house in the village. He was also the only son.
Now, the few occasions she visited him, she found out he had a working class girl he was probably dating or having a fling with. The guy was in his early 30s and the lady was probably in her late 20s or early 30s too. She also had a car. So it was intimidating for my friend who was a 2nd year student in her early 20s.
Where do you even start to compete?

She said the lady would come to the house, chat with the guy in her presence and leave. We weren’t a 100% sure they were dating but she said she knew what she saw, plus female instincts.
Now, this is where it gets interesting.

Anyway, back to the gist.
To secure her slot as the woman he would marry, she visited this prayer lady in Abakaliki with the man’s name and told her everything. Including the fact that he’s probably cheating on her with the working class lady.
This woman asked her to buy 4 things and bring for her to pray upon:
Honey
Olive oil
Doll baby
Cane/koboko
Wait, it gets weirder.

She told her to pray with the honey and ask God to make her life and love with the man as sweet as the honey.
Ok, not weird.
To use the olive oil to anoint herself to be chosen. Not bad.
Then the doll baby. She should name the doll baby after the man. *weird alert*
And every morning while praying, she should use the cane to flog the doll baby (the man) as many times as possible. She should tell him to stop running around after women and face only her. And to hurry up and marry her.
It sounded super weird but then, we didn’t think much of it.

So every morning, she’d play Frank Edward’s new album, pray, anoint herself, drink the honey and flog the devil out of that doll. As she flogged it, she ordered it/him to stay faithful to her, to love her and to come marry her.
This started late October and kept on happening for weeks.

The guy came into town to inspect the project he had in the village. He lodged in a hotel. She went to see him with the spiritual fortifications the prayer woman made for her. He finished his business and went back to Abuja.
She continued the flogging.

The guy started complaining of uneasiness and small small headache. That he no dey get strength to go clubbing again.

Remember they were both from Ezza. His death caused an uproar cos he was almost done with the building project. An only son. This and that.
The family went to juo ase and they said the young man nwuchuru anwuchu. That the death is not ordinary. That aka mmadu di na ya.
So the family started suspecting the young man’s uncles and business associates. What if they killed the boy out of jealousy?

Our friend cried that these wicked uncles had killed her man. But one of our friends pointed out that this man was hale and hearty before the flogging of the doll baby started. That perhaps, it was not “village people” that killed him but our friend flogged him to his death.
And that was how wahala started.
She went to the woman’s prayer house and she said something about “how many times did she flog the man? Hope she did not overdo it.”
The only good thing that came out of it was that she stopped going there.
Till today, I find it to be a bizarre incident. Maybe it’s a coincidence. Maybe the flogging is related to the death. I do not know.
But no dey enter everywhere in the name of prayer house. 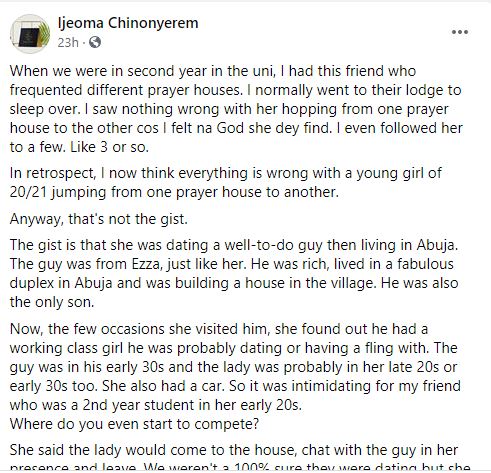