And on today’s episode, they said: “Fireboy is bigger than the Legendary Wande Coal” – While some people supported the motion, some strongly against.

We can all recall on this same sect of Twitter Judge once said “Rema Is Bigger Than Olamide” which led to a lot of Hullabaloo on Social media.

Guess this Fireboy fan wasn’t impressed with Wande’s performance on the record. 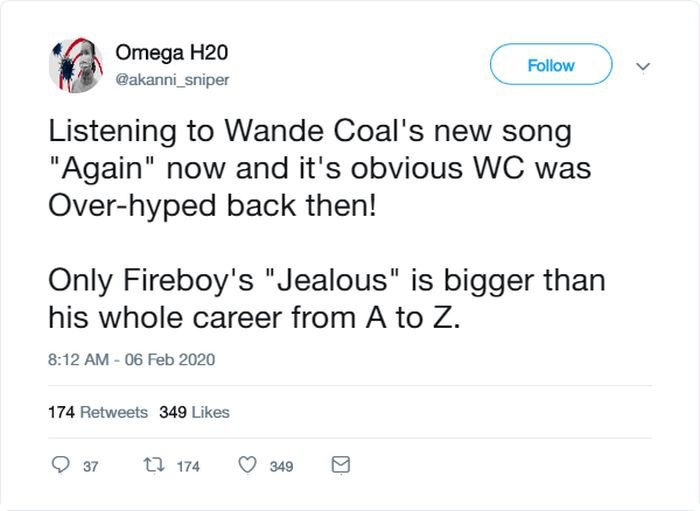 Imagine! A Whole Wande Coal, that gave us so many classic backs then, when there was zero social media buzz and hype and he was still able to move that numbers.

Well, everybody is entitled to his/her own opinion about certain things, so you can’t beat anyone for what they believe in.

Fireboy’s “Jealous” Is Bigger Than Wande Coal’s Whole Career – DO YOU AGREE?

Let’s hear from you…