Fifty years after the end of the Nigerian Civil War, principal actors, historians and other players in the political space yesterday warned against acts capable of destroying the country.

Urging Nigerians to see the war years as a reference point for reconciliation and unity, they advised politicians to chart paths for the harmonious living among the people.

They made this known at the ‘Never Again Conference 2020’ organized by Igbo think-tank, Nzuko Umunna, and Ndigbo Lagos, in collaboration with civil society organizations.

In his keynote address, Akintoye noted that Nigeria consists of many different nations, radically different in culture, political tradition, perception of reality and expectation.

According to him, these differences must be addressed, if the country must have peace. He lamented that the country is being managed like the exclusive preserve of a particular minority group intent on establishing its interests in the executive, administrative, judicial and security sectors of the country.

“The voices of the majority register protests continually and are continually disrespected and ignored. The state of the law is patently being subsumed to the needs of that agenda, with seriously damaging effects on human life.

”This situation, he said, is inevitably fostering among the people of the Middle Belt and South of the country the feeling that they are being reduced to the status of conquered people.

He warned of the need to terminate the descent into war and speedily move the country into a state of law, mutual respect, and peace. 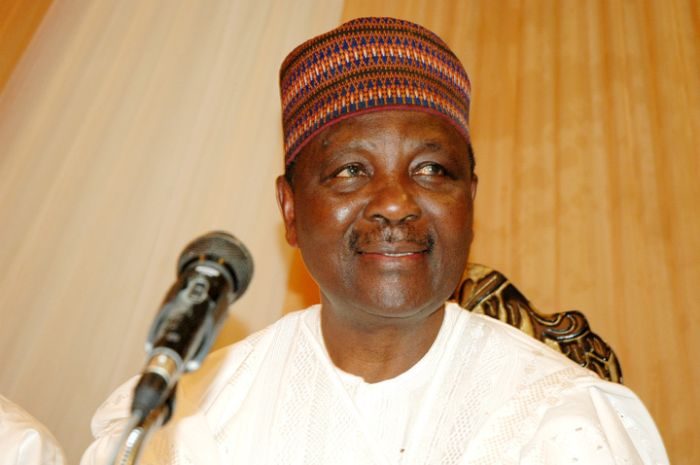 Akintoye said Nigerians must restructure the country with the objective of giving the people a true and acceptable federal structure under which the sections of the country would deploy their resources to conquer poverty in their domains.

“Ignoring these fundamentals, we have almost continuously let our country wobble and teeter on the brink of violent implosion and we have continually inflicted serious pain upon ourselves.

“We fought and ended the civil war, but we have never really moved measurably away from the brinks of civil war,”

Gowon in a video message declared that commitment to Nigeria must be total and patriotic and that leaders must ensure the wellbeing of the country in politics, economy, and security.

He urged citizens to reconcile their differences to avert another war. Soyinka in a presentation said the loss of about two and a half million people in a war should provoke sober reflection.

He also advocated the entrenchment of democratic principles to forestall war.

“No nation has ever survived two civil wars. The sovereignty of the country is non-negotiable and the wisdom of not holding a banknote over a flame is not a justification to tempt fate. We need to ask, are we being heard?”

In his address, the chairman of the occasion, Prof. Anya, warned that justice for all is an important principle for the nation’s survival.

“A proposition could be made that we went to war because of the failure of leadership, and marginalisation. Let Nigerians eschew violence because ‘those who lead by the sword shall die by the sword’.

“We haven’t learned lessons from our past. Germany fought a war and in less than 30 years after, became the strongest economy. Losing a war doesn’t mean economic backwardness,”

Utomi and Onwenu said Nigerians are at war in public conversations especially, on social media. They noted that managing public conversation is a lesson all Nigerians must learn. Utomi particularly denounced the collapse of culture, the democratisation of mediocrity, and greed among politicians.

He called for the re-introduction of history into the school curriculum, so that people can learn about their past.

He further urged the entrenchment of positive values and the setting up of strong institutions to tackle the challenges facing the continent.