Femi Fani Kayode, a former minister for aviation has described President Muhammadu Buhari as callous, heartless and insensitive for not visiting the scene of the explosion that rocked Lagos state on Sunday.

Speaking via his official Twitter handle, he queried why a whole president would rather gawk at photos that were brought to him at the Presidential Villa. 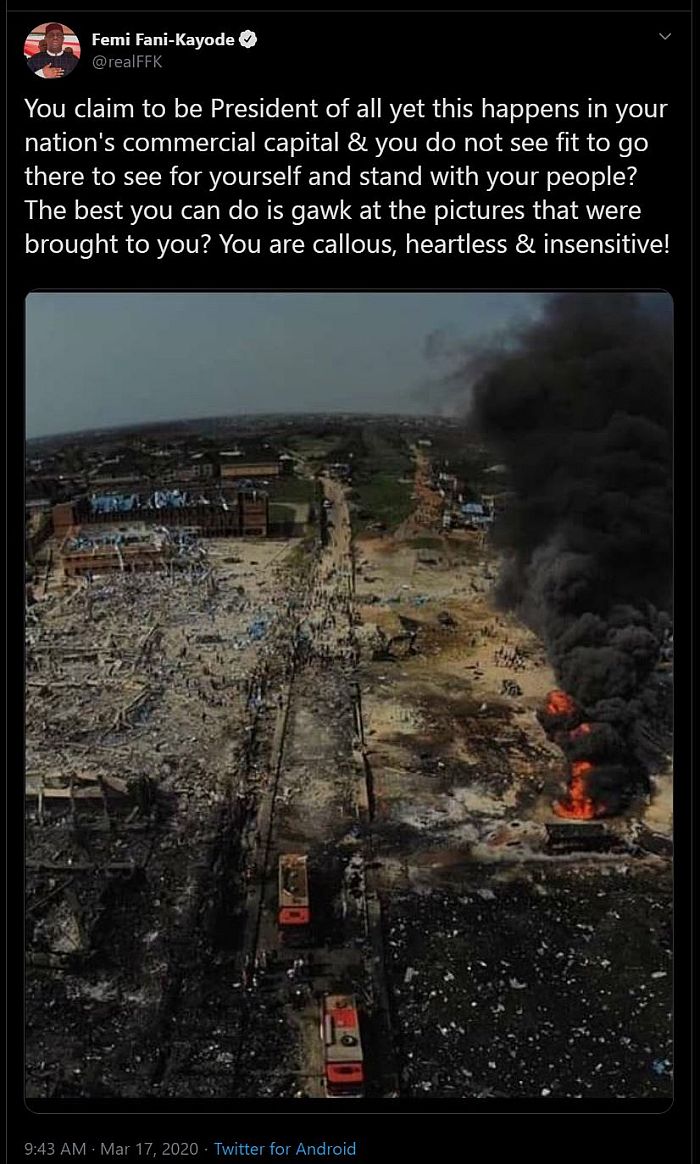