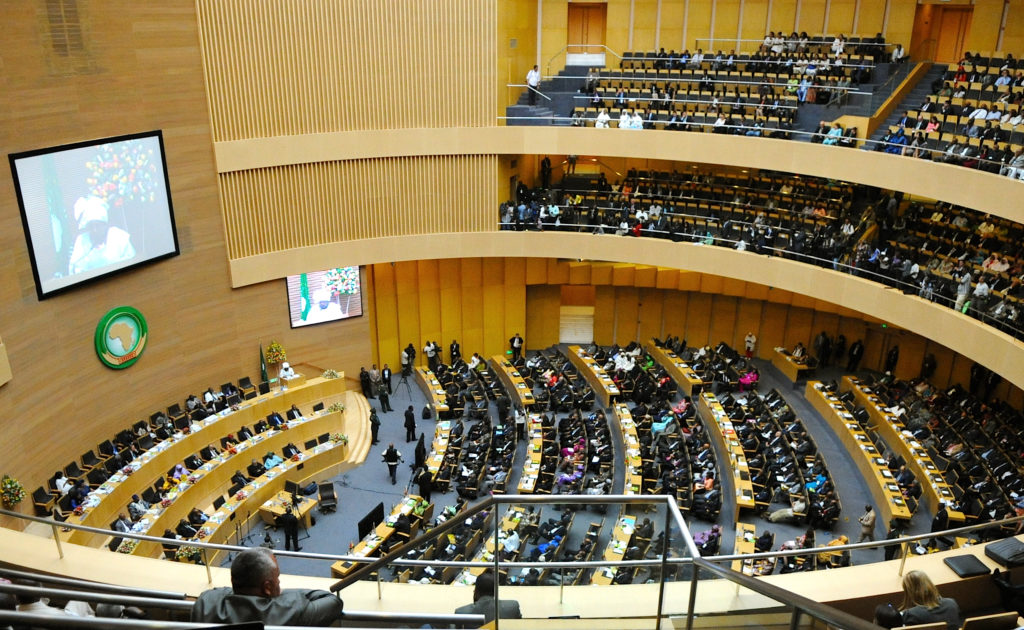 African leaders are expected to focus on Covid-19 response at a virtual summit this weekend, as well as pressing security crises that have gone overlooked during the pandemic.

But despite early doomsday predictions, the continent has so far been hit less hard than other regions, recording 3.5 percent of global virus cases and 4 percent of global deaths, according to the Africa Centres for Disease Control and Prevention (Africa CDC).

“The developed North, which has substantial financial resources, has purchased the largest stocks, while we in Africa are still struggling to get our fair share,” South African foreign minister Naledi Pandor said Wednesday in remarks opening a pre-summit meeting of AU foreign ministers.

Member states will also hold internal elections to lead a restructured executive body — the results of which will shape how the AU responds to the pandemic and a host of economic and security challenges.

Security crises, meanwhile, include a three-month-old conflict in the AU’s host country Ethiopia and longer-running quagmires in the Sahel and elsewhere.

“We hope that the summit will present an opportunity for African leaders to refocus their attention on a number of conflicts and crises that have had attention diverted away from them, due to the logical focus on Covid in the last year,” said Imogen Hooper, AU analyst for the International Crisis Group (ICG).

South African President Cyril Ramaphosa will deliver a pandemic response update during the closed portion of the summit Saturday, according to a draft programme seen by AFP.

As outgoing AU chairman, Ramaphosa has spent the past year overseeing efforts to scale up testing and source vaccines, all while grappling with 1.5 million detected infections in his own country — roughly 40 percent of the continent’s total.

This week South Africa received one million doses of the Oxford-AstraZeneca vaccine, and Ramaphosa’s government plans to inoculate 67 percent of its population by year’s end.

Continent-wide targets are less ambitious, with the WHO describing an end-of-year goal of around 30 percent as more “realistic”.

African leaders are speaking out against hoarding by rich countries at the expense of poorer ones.

“There is a vaccine nationalism on the rise, with other rich countries jumping the queue, some even pre-ordering more than they require,” said Moussa Faki Mahamat, chairman of the AU’s executive body, the African Union Commission, in a recent interview the AU posted online.

Faki, a former prime minister of Chad, is running unopposed for a second four-year term as commission chief.

He still needs to get two-thirds of the vote, overcoming accusations — which he denies — of “a culture of sexual harassment, bribery, corruption and bullying within the commission,” ICG wrote in a briefing this week.

In a separate race, Nigerian Bankole Adeoye is favoured to head the AU’s newly-merged political affairs and peace and security departments, diplomats say, though AU rules dividing top positions among Africa’s sub-regions could lead to a surprise result.

Whoever wins could play a critical role, along with Faki, in addressing crises the AU is accused of overlooking.

In the online interview, Faki touted his focus on conflict prevention, saying he was “pleased to note there are no conflicts between states”.

But there are multiple internal crises the AU has done little to resolve.

Its Peace and Security Council has failed to hold meetings on the conflict between government forces and anglophone separatists in Cameroon, for example, as well as rising Islamist militancy in Mozambique.

Faki called for a cessation of hostilities a week after the fighting started in early November.

But Abiy has rejected appeals from high-level AU envoys for talks with Tigrayan leaders, sticking to his line that the conflict is a limited “law and order” operation.

It’s an example of how the AU’s sway can be limited regardless of who is in charge.

“Whenever a member state has insisted that a conflict is internal,” the ICG’s Hooper said, “the AU has struggled to get involved.