Nigerian crossdresser, Bobrisky has taken to social media to blast Nigerians for calling him out, for being absent from the #EndSARS protest in Lagos, which had many other celebrities in attendance.

Recall that many celebrities took to the street of Lagos yesterday, to protest against the incessant killing of Nigerian youths by SARS officials. 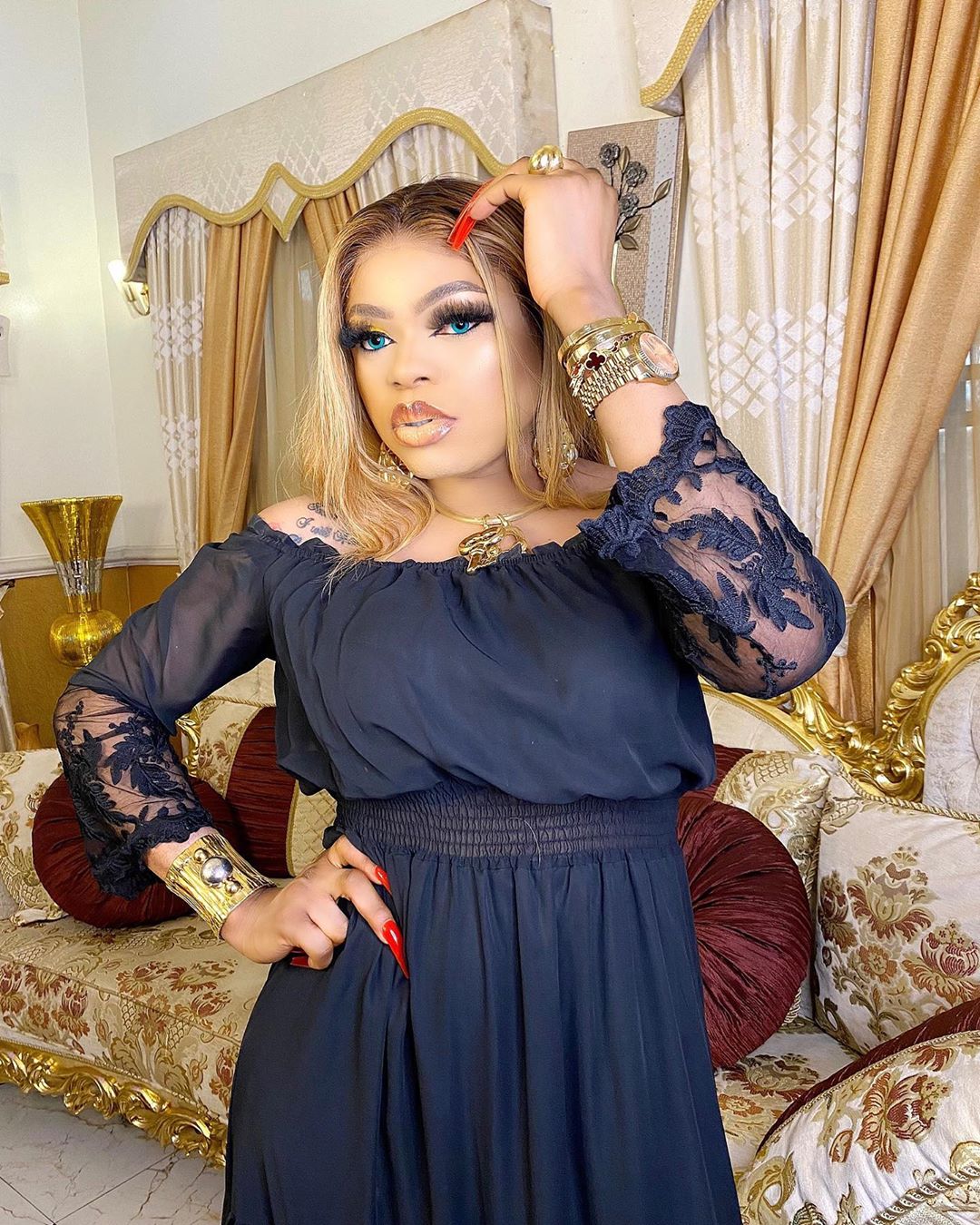 Celebrities like Falz, Runtown, Toke Makinwa, Tacha, were in attendance and actively involved in the peaceful protest.

However, a number of people were disappointed that Bobrisky was not a part of the peaceful protest and took to social media to call him out.

In response, the slay queen who was not having any of it took to his Instagram page to slam those calling him out. 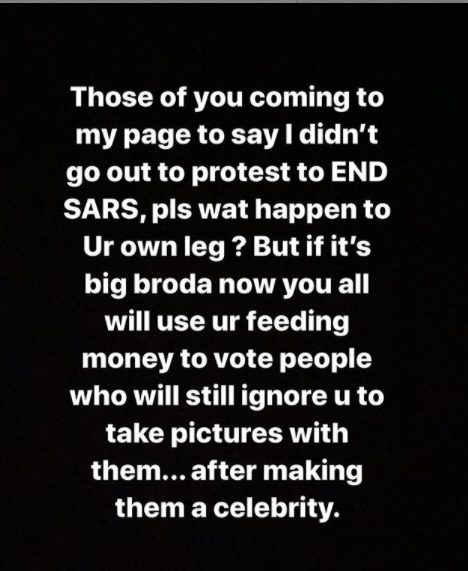 Similarly, Tiwa Savage recently urge Nigerian youths to stop relying on celebrities to stand up for them.

According to her, it’s time for the Nigerian youth to wake up and make their voices heard on things that matter.

She noted that the only thing that interest an average Nigerian is solely enjoyment, adding that if the youths could vote for their favorite housemates without the help of celebrities, then they should take responsibilities and hold the government accountable.